Tongren County a major historical and cultural site famous for Tibetan Buddhist art and thangka is a favorite among tourists and local. There are 3 important monasteries in Tongren where these ceremonies are held on different day attracting many photographers and hundreds of locals who come from nearby villages to celebrate the New Year. The Tibetan come dressed in their finest clothes and jewelleries to take part in these ceremonies. 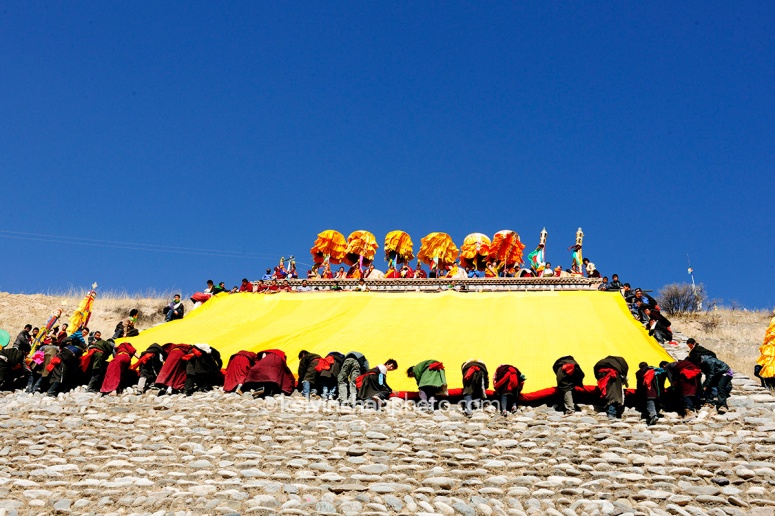 The highlight of these ceremony is the display of the giant Buddha thangka or popularly known as “sunning the Great Buddha”. It begins with hours of chanting and an elaborate ceremony at the temple. The monks and villagers then carry the huge thangka to the nearby hill to be unveiled amidst more chanting and prayers. This once a year ritual usually drew hundreds of devotees from villagers around the provinces. 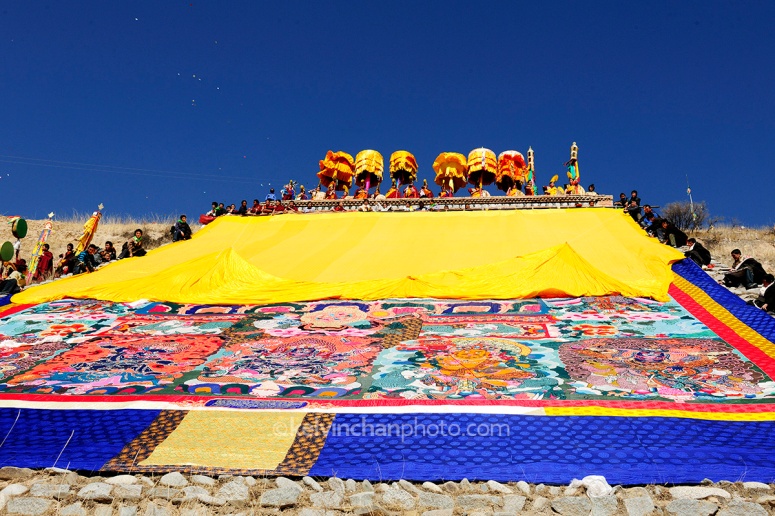 These areas here have some of the finest Tibetan culture and largest monasteries outside of Tibet. In fact I find them so much more culturally stronger than Lhasa, which has become too modernized. Unfortunately we as foreigner as not allowed into the more sensitive area of Xiahe where some of the most major monastery like Labrang and Langmusi are located. Because of this we had to divert our originally planned visit to these 2 monasteries and take a much longer route, which caused us to be late for one of the ceremony. 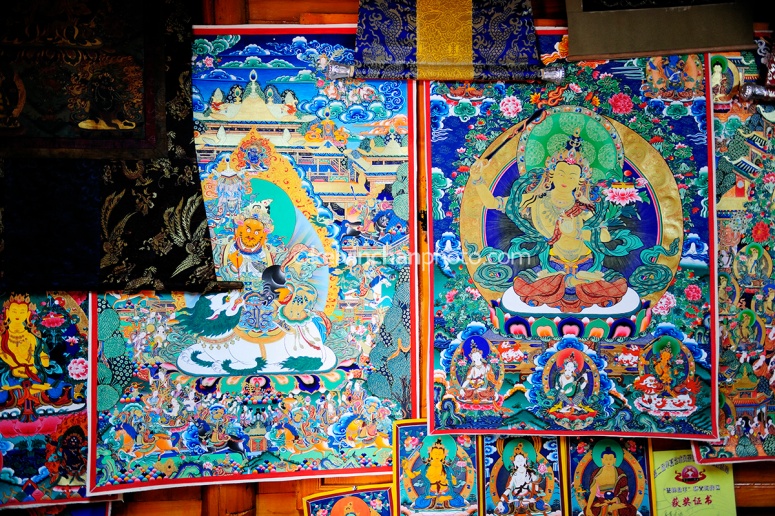 Apart from the cultural experience, the landscape here is equally amazing. Some of this route will take you through mountainous areas of 3000m above sea level passing herds of yaks and sheep gazing, and a hill that is full of Tibetan prayer flags. 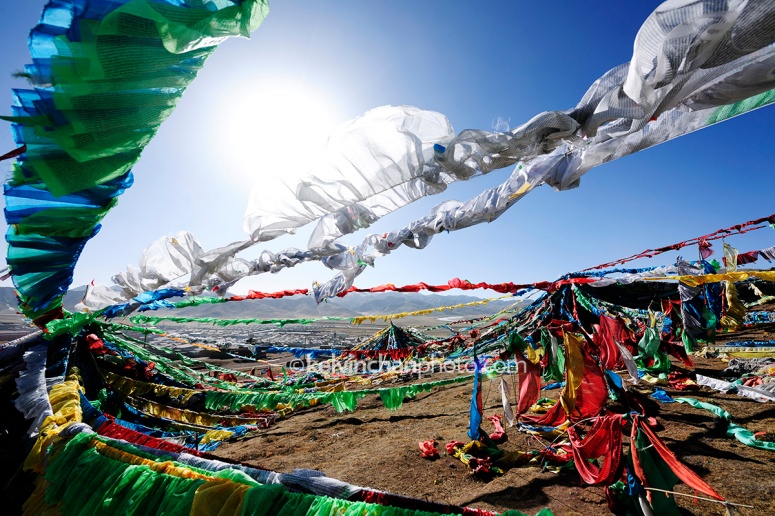